It’s 1645 and England is in the midst of a bloody civil war. Taking advantage of the chaos to tighten his icy grip on the desperate citizens, Matthew Hopkins, Witchfinder General, tortures and murders his away across the countryside. Score-setting, envy and pure superstition bring him plenty of victims until, finally, one man is willing to fight back.

Join Trash Cinema for a tale of torture, corruption and flame-grilled peasantry. Dare you submit to the interrogative terror of… the Witchfinder General?!

Free popcorn and sweeties for all. 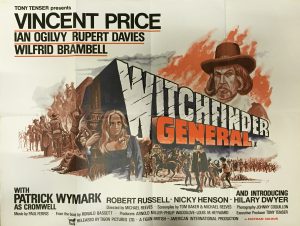 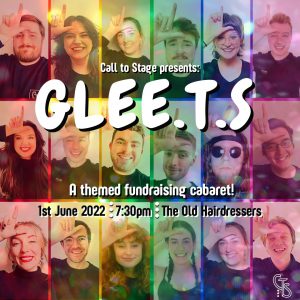 Tina Jordan Rees launches her debut flute and whistle album – Beatha
Comprised entirely of original compositions, Beatha (meaning ‘life’ in both Irish Gaelic and Scottish Gaelic) is the exciting debut flute and whistle album from Glasgow-based musician, Tina Jordan Rees. With reels, jigs, 7/8s and more, Beatha is filled with life, energy and fun.
Originally from Lancashire, Tina takes her influences for her music from many places including her time spent in Ireland studying on the BA in Irish Music and Dance in Limerick, the Irish dance music tradition, where she is a household name, and the vibrant Glasgow music scene.
Joining Tina are the fantastic Seán Gray on guitar, Lea Larsen on bodhrán and James Lindsay on double bass.
With support from Ellie Beaton and Gillie O’Flaherty.

Horacio Pollard as ever manages to be absurd, entertaining and repulsive all at the same time – it’s frequently hard to position yourself as a listener in the face of this much great / ridiculous music, and you won’t know whether to guffaw or groan. Who can resist the fun-charged pull of these primitive patterns and primitive, near-ugly sounds? Pollard is one of the few creative people on the globe (Romain Perrot is another) who understands that “good taste” is the very death of art, and as such he needs to be cherished like a Siberian Tiger, albeit one whose pelt is made from artificial dayglo blue fur.

The churning and grating of unknown presences in a field of indeterminacy are the bulk of Gaute Granli’s disorienting one-man choir, where moans distorted by their own reverberation are sustained by the trickling and pounding of unseen forces. A new state of presence, welcoming heightened sensory lashings that leave a strange, indelible mark. 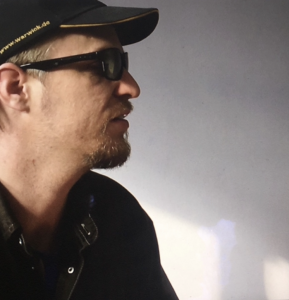 If people were walking through the cave they would want to remove their footwear. To get into it lie down flat and creep. Can’t stand straight for about 15 yards, and the floor is all covered with stones: some large, some small. The stones sing like this: Doo Lang, Doo Lang, Doo Lang!  Doo Lang, Doo Laaaaang! The stones’ yearning should be ignored! It is much better to be ruthless and without expectation. 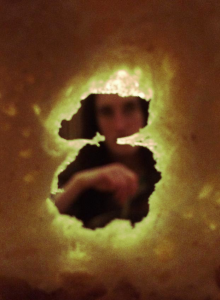 A screening of Cathy Soreny’s film ‘Adam Bohman: By Biro and Umbrella Sping’, together with Q&A, a live performance by the Bohman Brothers and a solo set from cellist Lori Goldston.

By Biro and Umberella Spring

Adam Bohman is a polymath of outsider arts and music, gleaning everydaydetritus to create a familiar yet beguiling take on the world around us. A portrait of a compulsive creator who transforms the mundane and banal into something quite extraordinary.

“ Sound art veterans The Bohman Brothers invest random words with unearned meanings via the eloquent juxtapositions of their elegantly neutral voices. After three decades of experimentation, these alchemists of banality, these banalchemists, turn everyday leaden language into poetic gold.” – Stewart Lee (reviewing the ‘Back On The Streets’ album)

Adam Bohman and Jonathan Bohman have been recording together since their early teens and playing live since 1984.

Their repertoire includes a combination of sounds created in the moment and distinct compositions including songs. They use unconventional instruments, household objects, dislocated text from found, literary and commercial sources and collaged layers of recordings.

Regular concerts started in the mid-90s in London at places like The Club Room in Penton Street, The Red Rose and The Klinker. From 2000 to 2005 they had their own concert series upstairs at The Bonnington Café in Vauxhall, London.

Working together they are in a number of groups, including : Secluded Bronte with Richard Thomas, Apricot My Lady with Lukas Simonis & Anne La Berge and  Ischio Romantico with Leonard Aspen & Roger Boulding.  They have also worked with film-maker Peter Strickland on various projects.

They have performed at Tate Britain, Tate Modern, Roundhouse, Royal Albert Hall, South Bank and numerous smaller venues around the UK. Also across Europe and America.

“The new single by the Bohman Brothers, Purely Practical/Western Omelette (Peripheral Conserve ph10 7”) is one of the best sound poetry jukebox records since Henri Chopin stopped cutting them. One side has one Bohman reading catalogue descriptions of table saws while his brother tries to disrupt his concentration with taped and/or live interjections that would throw most grown-ups out of whack. The flipside is a layered collision of taped sounds and disparate spoken bits that sounds like a couple of guys trying to keep their card game focused while the cruise ship they’re on is burning and sinking around them. It’s a top-notch release and quite different from the instrumental work for which I’d thought these two were better known. Nice cover graphics, too.”

Uncut: Are there any specific influences you had in mind for the main character, Gilderoy?

Peter Strickland: There was an element of Adam Bohman. He did this recording with brother [Jonathan] called “Purely Practical”, which is them reading out DIY catalogues, and it was just fantastic. I begged them to let me put it out as a 7”. It was almost like Samuel Beckett or something, this weird inscrutable thing, completely mundane, but with this very hyponotic effect underneath it.

Classically trained and rigorously de-trained, possessor of a restless, semi-feral spirit, Lori Goldston is a cellist, composer, improvisor, producer, writer and teacher from  Seattle. Her voice as a cellist, amplified or acoustic, is full, textured, committed and original. A relentless inquirer, her work drifts freely across borders that separate genre, discipline, time and geography.

Pandacar return to The Old Hairdresser’s for another hot and feisty show!

With The Stiff Lips and Anna Secret Poet

You will not receive a ticket for this event, simply give your name at the door on arrival!

Enjoy an evening of thoughtful and fun songs guaranteed to warm
the soul. Christy will be accompanied by her brother Daniel Ringrose on
the cello.

Christy Ringrose is a Scottish-Norwegian singer-songwriter. She has a
unique style that echoes both folk music, jazz and pop. Her first album
«Dancing Without Space» (2019) expresses a young adult´s exploration and
wonder at the world. She has a strong and clear voice which falls
somewhere in between folk music and opera. Her songwriting which is both
quirky and thoughtful, falls into a similar category as artist such as
Suzanne Vega, Katie Melua, Joni Mitchell and Regina Spector. Christy
currently lives in Glasgow and is working on a brand new album coming
out in 2022.

Happy New Year! It’s January 1930 and James Madison won’t get out of bed. Eviction looms at the end of the month and in Depression era Glasgow he isn’t the only one strapped for cash. But maybe there’s a way round it; if only he were a landed gent.

Circumstances is a play about economics. It’s about debt and obligation, expanding the social contract and the things we do to help and hinder each other.

It’s a play about the many facets of transnational Scottish identity with contributions from teachers, bartenders, retail workers and computer scientists that form a multimedia assemblage of sound, speech, narrative and video.

Circumstances is the eighth original work from Glasgow’s Figurehead Theatre.

The debut record ‘Precious Waste In Our Wake’ (full title written nowhere: “The Fucking Terrible Receding Shapes, We Shed Precious Waste In Our Wake”) is an endlessly beautiful, dense and chaotic crawl through so many forms it can be difficult to ascertain what is actually at play. Ostensibly a ‘rock’ band carved from the same plank as previous outfits Philosopie Queen, The Mean Streaks, etc Triple Negative have shaken a somewhat complacent London with their wildly original blend of chaos and beauty rolling around a maelstrom of politics, spite and humour. Bloodclaat Orange, Fatna Bent Lhoucine, The Associates, Aby Ngana Diop, Royal Trux, Brigitte Fontaine/Areski, and Babyfather are all somehow wished into the scenario, either suggestively, explicitly quoted or manifesting as some malformed degree of inspiration.

God Bless the Death Drive could be construed as a compass to navigate the wayward wonder we inhabit or it can just be enjoyed. This second full length steers into scathed realms of everyday junk and poignant punk, all pressed down on the lowest quality ethylene and chlorine.

VIDIV – We are a loose collective of musicians and artists based in Glasgow. The need for physical and social renewal through ritual interests us as artists and musicians seeking deeper and more visceral meaning in our work. We intend to banish capitalist, exploitative and passive forces of control through our approach. 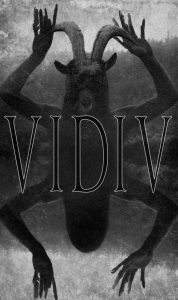 Simon Weins is a Glasgow-based artist and electronic musician. Together with Feronia Wennborg he releases work as soft tissue. Their latest LP “hi leaves” was recently released via the Ohio-based label Students of Decay at the beginning of April.
In his solo work, Simon develops digital networks of synthesis, feedback and adaptive digital processing that are used for improvisation. A current implementation of this setup makes use of neural synthesis – an experimental method for sound production spearheaded by the late David Tudor. Within the network, the neural synthesiser triggers and interacts with collaborating processes, resulting in a range of exciting musical behaviours that are complex and unforeseeable, but never completely random.

‘Hi Leaves’ examines microsound by way of extended amplification technique, bone conduction, domestic recordings, and digital feedback. Tracks like “plant pot” and “kettle” appear to disclose their source material, presenting wonderfully tactile environments of highly articulate sound. Wennborg and Weins prove themselves to be masterful arrangers of discrete, organic material, weaving together knotty and immersive compositions from these sharp, prickly sounds. Ultimately, soft tissue inhabits an intoxicating soundworld somewhere in between the patient abstractions of composerly EAI music, the haptic indulgences of ASMR, and the diffuse digital pastorals of the 90’s a-musik/Cologne scene.